Sysco Productions, audiovisual specialist for Phase 2 of Imperial War Museums’ Transforming IWM London project, are proud to have integrated the Audio Visual interpretation for the groundbreaking new Second World War and The Holocaust Galleries. The dramatic and innovative Galleries aim to engage contemporary audiences and future generations with the Second World War and the Holocaust, both pivotal events of the twentieth century.

Demonstrating how the legacy of these events laid the foundations of the world we live in today, these Galleries provide a greater platform within the museum, offering a rigorous new interpretation for the 21st century. With over 3,500 exhibits, never before seen objects and 50% more digital content, these galleries aim to significantly improve visitor knowledge and understanding.

On Level 1, the Second World War Galleries now occupy 1,800m2 of dedicated space, opening up other areas of the building formerly not accessible to the public. Drawing on personal stories from Imperial War Museums’ unique collection, a chronological narrative weaves together the series of events that took place during this war, providing visitors with the opportunity to explore, link and reflect on significant moments.

Soundscapes and projections work in synchronicity, amplifying and enhancing the themes to deliver a striking and impactful experience. A key priority for these galleries was to enable audio accessibility for all, therefore induction loops were fitted to all main narrative AV displays, and a number of other exhibits, to ensure a complete sensory experience for visitors with hearing impairments. To achieve the highest possible audio quality, Sysco worked extensively with the team of audio designers on-site, in order to facilitate sound balancing and ensure an impeccable outcome.

Situated within one of the spaces, a striking display of World War II fighter planes traverse the skies, bringing focus to the Battle of Britain and the Blitz. Recreated using an overhead LED display that spans the entire ceiling, visitors can watch aircraft soar above. Connected to a 360 degree audio soundscape, the unmistakable sounds of the spitfires can be heard reverberating across the skies, vibrating in unison around the space to recreate these bygone scenes in this fully immersive arena.

In an adjoining gallery, stunning large scale projection fills the expanse of three walls with recently-shot film footage of Russian, desert and pacific landscapes, all significant locations impacted by the Second World War. Visitors can examine these post-war perspectives as they appear today, with authentic sounds of these tranquil scenes acting as a stark contrast to the brutal warfare by which they were scarred.

Additionally, a replica of the Enigma machine has been recreated with custom-made setworks, specifically designed to house two 17” interactive touchscreens. One of the screens is used to display messages, whilst the second screen mimics a typewriter which is activated for use as part of this exhibit. Complete with sound effects, visitors can step back in time and explore this historically important cipher device.

The expanded Holocaust Galleries on Level 2, connect the narrative both architecturally and conceptually to the Second World War interpretation, where new and vital insights sit at their heart. Spotlighting the people and their compelling stories, assorted objects, paperwork and artefacts are showcased alongside film footage and audio anecdotes. This powerful and emotional combination creates a space for reflection and reminiscence on this harrowing subject, with video displays adding a further layer of depth, perception and understanding.

In conjunction with these galleries, digitally-enabled learning and event spaces are located on two levels and can be used by all visitors regardless of their physical, sensory, social or emotional access needs. These centres have been designed to feel part of the museum, allowing learners of all ages to engage in an environment that is unique and not simply a replication of their own classrooms.

The scale of this transformation project required a prestigious team of experts, including Fraser Randall, the project, design & cost managers for this project, who worked closely with IWM throughout the project delivery.

The Second World War Galleries were designed by Ralph Appelbaum Associates, with Scena assigned as the fit-out contractor, Ay-Pe appointed as the media designers and Peter Key as the audio designer. The Holocaust Galleries were designed by Casson Mann, with Beck Interiors contracted for the fit-out, Squint Opera selected as the media designers and Idee und Klang chosen as the audio designers.

Having previously supported the AV integration of the award winning First World War Galleries in 2014, Sysco were once again appointed as the audiovisual partner to work across both galleries as well as the learning spaces. Collaborating with all teams, Sysco were able to help reimagine the interpretation, through the use of creative and immersive audio visual constructs.

Libby Hooper, Projects Director at Sysco Productions comments: “It was vital that we reviewed the use of audiovisual elements carefully and considered how they related to the personal stories and sensitive nature of exhibits that they were connecting with. We needed to find the right balance between the technology and narrative, so that the AV components were able to complement the content and immerse visitors in the themes, without overshadowing or distracting from the factual recounts that underpin these exhibitions. We couldn’t be more proud to have worked with IWM on this ambitious project, and to have helped them realise their intentions in transforming these spaces for new audiences and generations to come.”

Diane Lees, Director-General of IWM, said: “It has never been more important to learn about the Second World War and the Holocaust and to understand this defining period of the 20th century, which dramatically shaped the world we live in today. Though this conflict will soon pass out of living memory, leaving us without the first-hand testimony of its veterans, eyewitnesses and survivors, IWM will ensure that the experiences of those generations are never forgotten through our incredible new galleries, which have been six years in the making. This has been one of IWM’s most ambitious projects to date, and we are very much looking forward to sharing the fascinating stories that these galleries will tell when we open their doors next week.”

The Second World War and Holocaust Galleries open to the public on 20th October 2021. 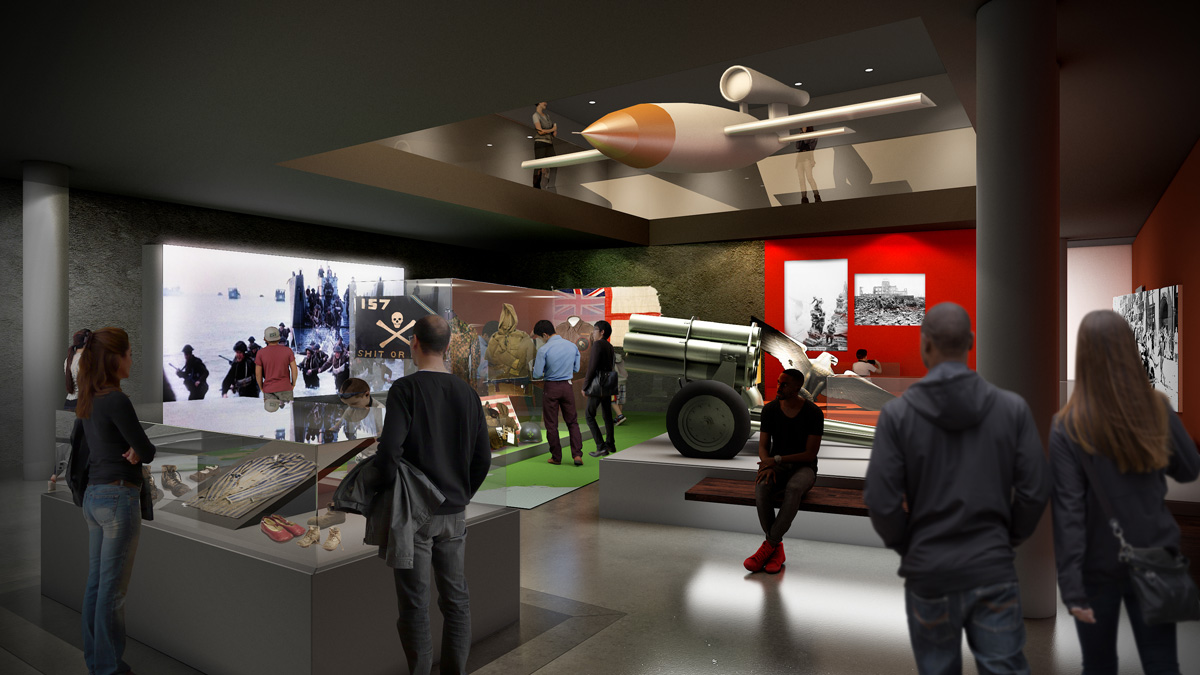 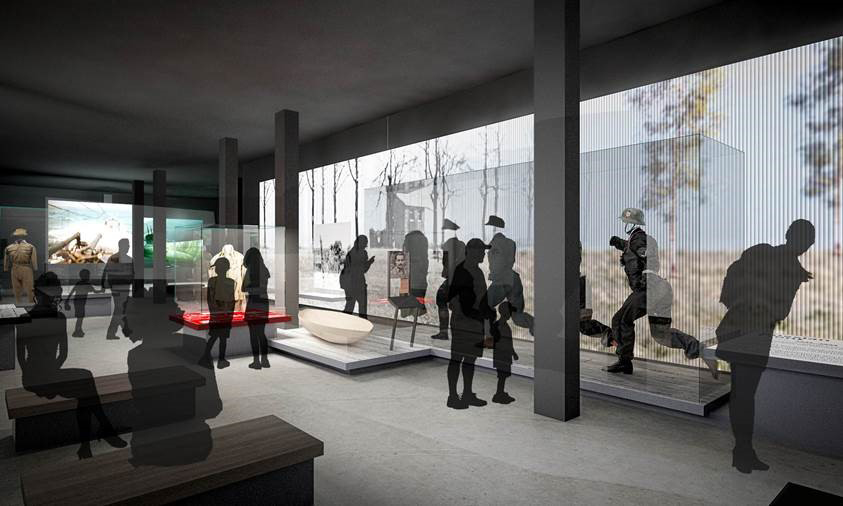 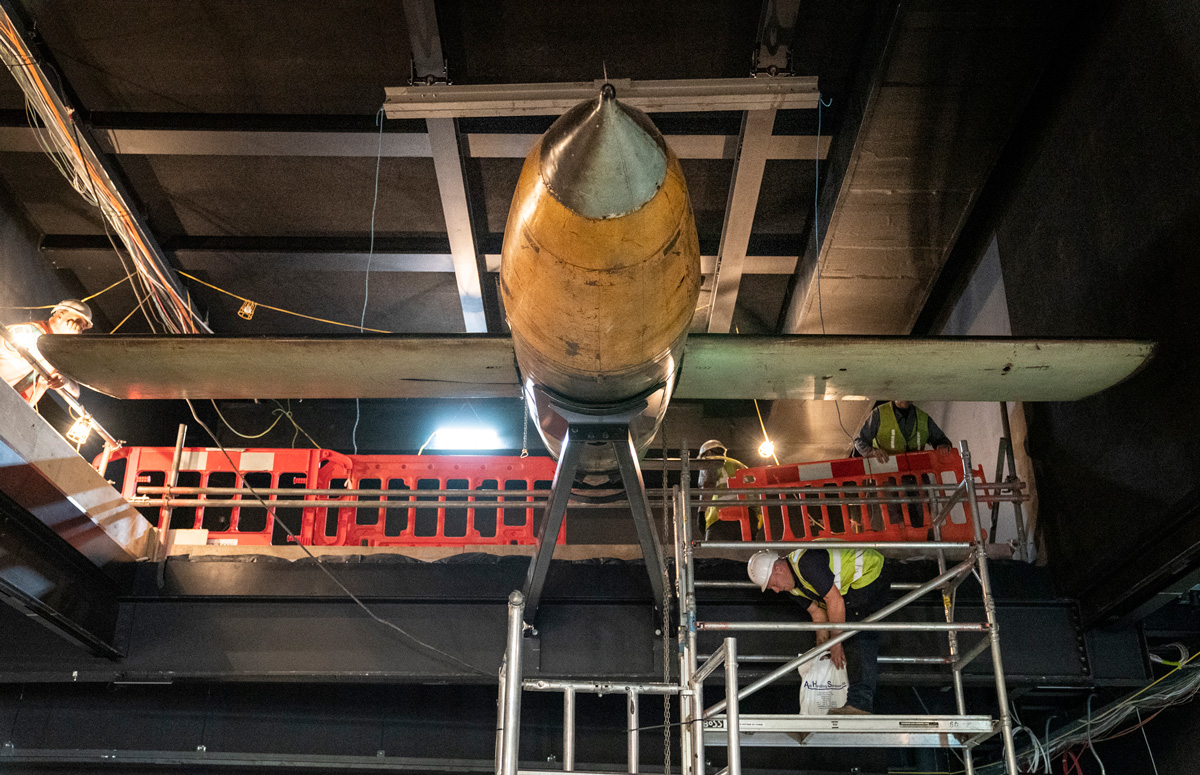 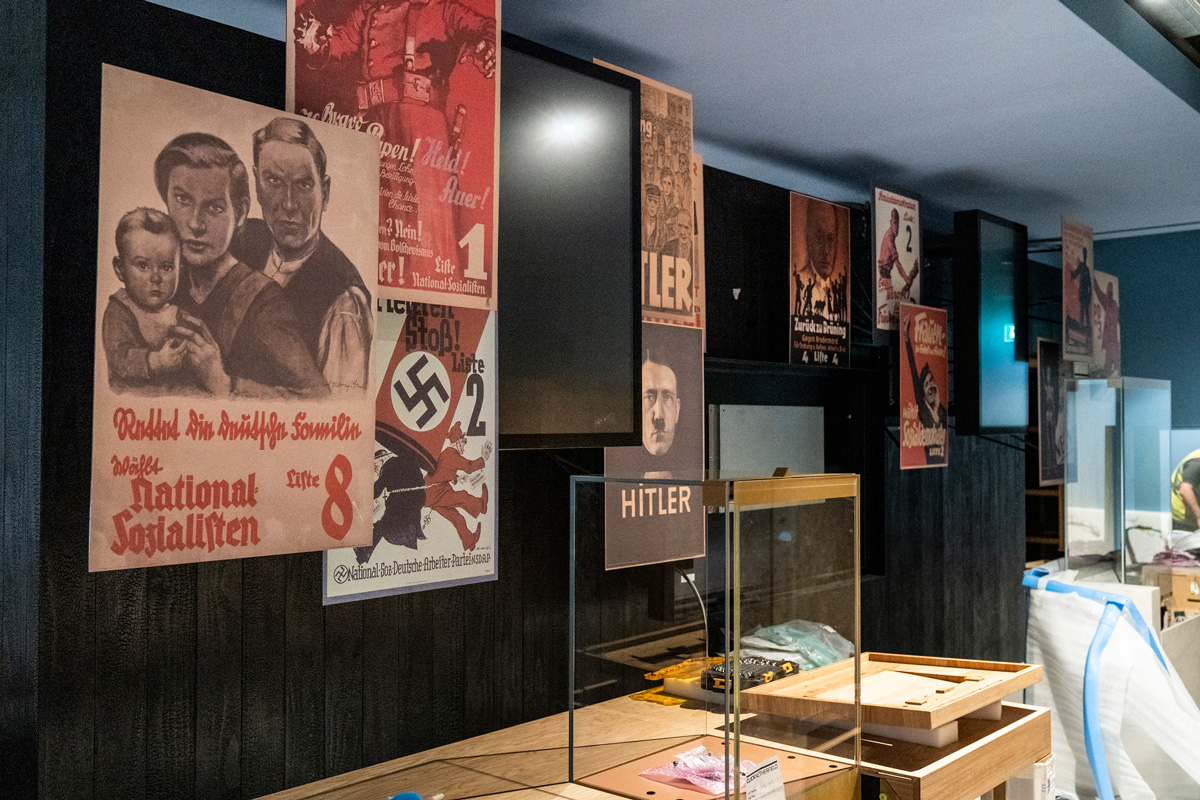 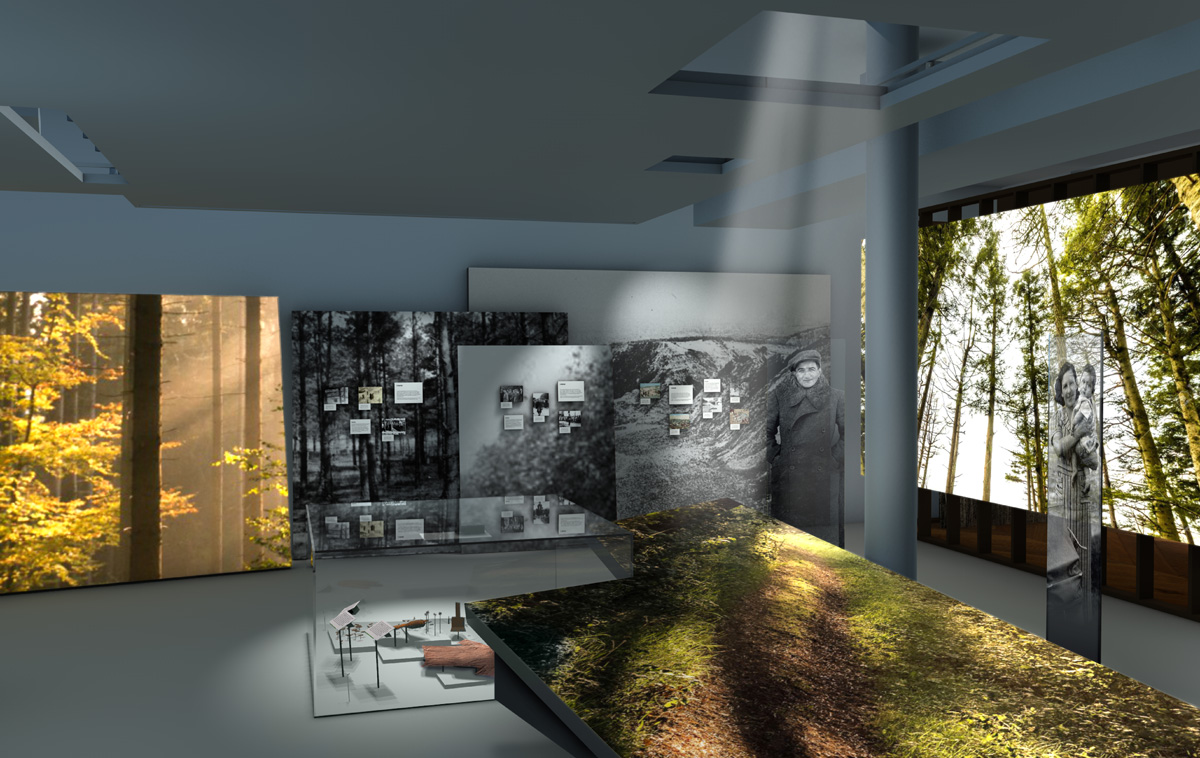 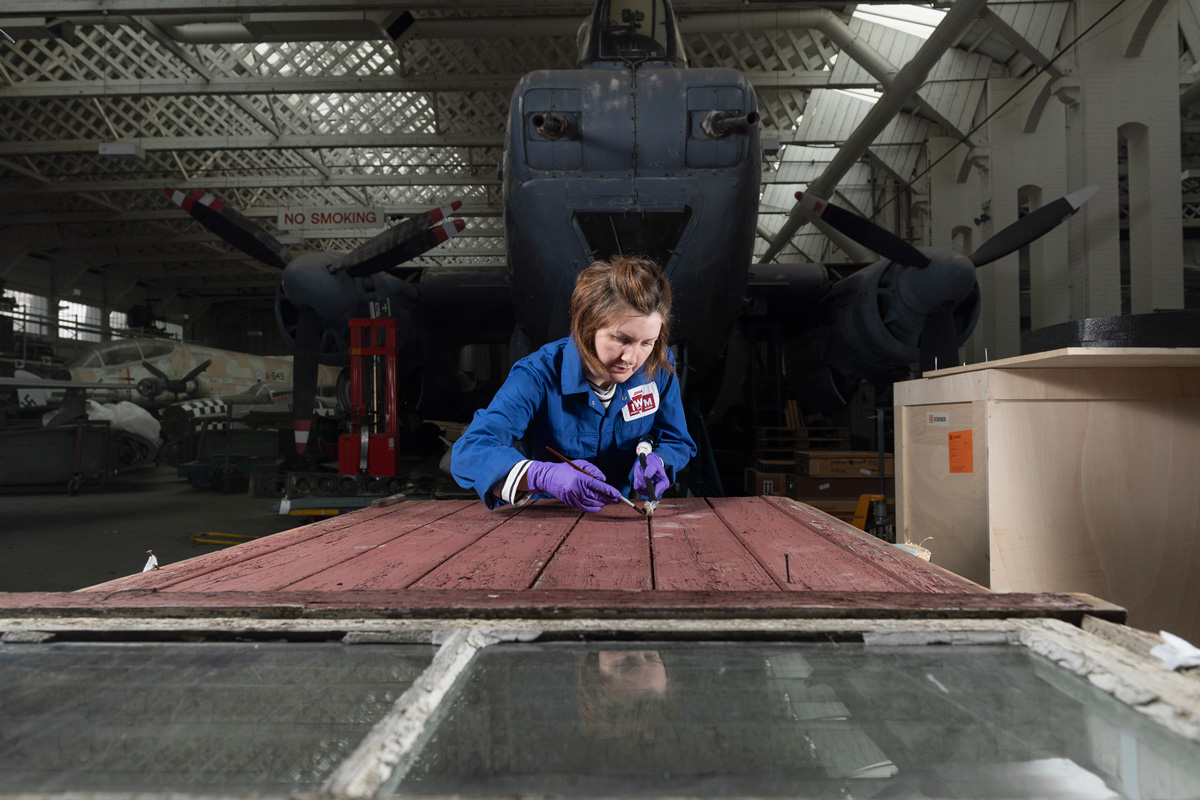 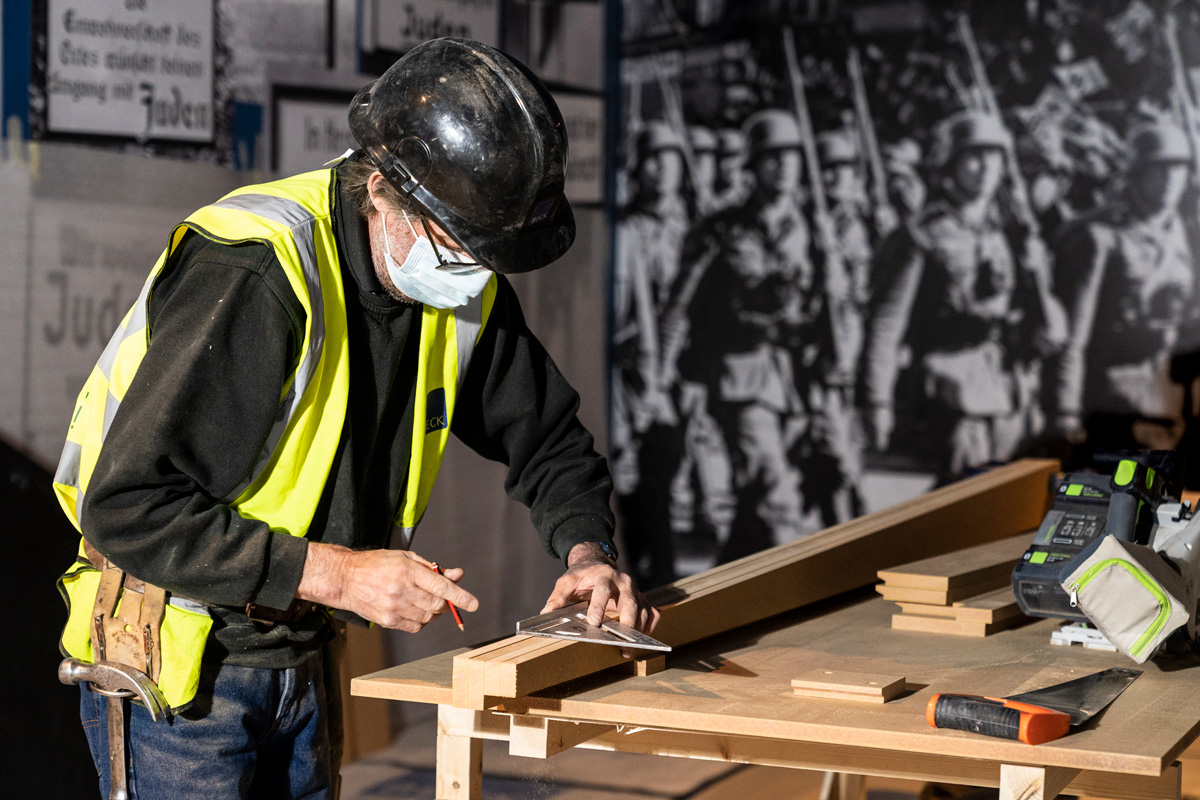